Holes on the Floor

Brian didn’t want to go outside. He couldn’t remember the last time he’d been there, and he saw no reason in going tonight.

But his grandma had insisted, saying how clear it was, how she didn’t know if she could make the trip after another winter, how she should have taken him years ago. She’d even gone so far as to slip a note under his bedroom door that had demanded his attendance that night.

Brian brooded, thinking about how he’d rather just sync up and hang with friends, but after hours online, he reluctantly left his room; the sooner they left the sooner he’d be back with his friends, he figured.

He was vaguely aware of the bright city lights flooding through the windows because only they lit his way. His grandma had no lights on in the house, as usual. 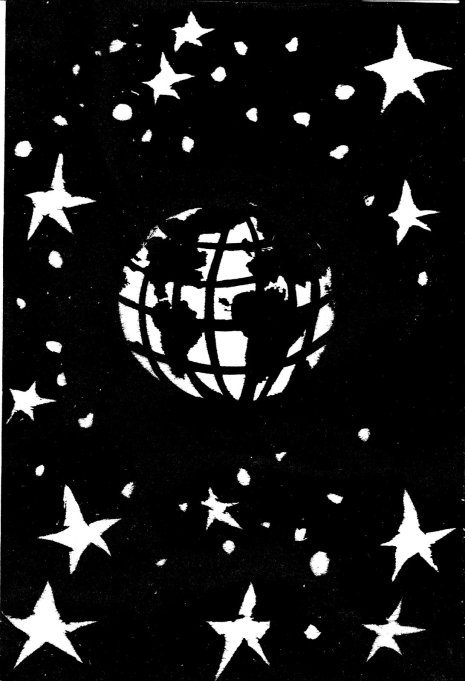 He found her lacing a pair of big, dirt-caked shoes.

“What are those?” he asked.

“Why would anyone want to do that?”

“What if I don’t want to go?” Brian said indignantly.

“Dear, I am asking one thing of my grandson. Grab a coat, it gets cold at night.”

Brian rolled his eyes. He hoped he’d be back before all his friends logged off, to tell them how awful the trip outside had been. They’d like that. That’d be a good laugh.

Brian and his grandma stepped out into the illuminated streets, the light from which flooded up into his nostrils, making his nose appear red and inflamed in his periphery. He remembered that the idea for translucent pavement had come from a human rights group wanting to discourage male aggressors. He found that interesting — that people had done such terrible things to one another.

He started panting in his grandma’s wake. She was walking toward the big hill. He could hear the speedy transits zooming along somewhere beneath them, and he yearned to be on one, to relax amid its speed and warmth.

The crisp air reminded Brian of a time, years ago, that his parents had taken him to the beach. Like all his memories of them, this one flashed by unhurried, but when he invariably groped for it, it began to fade and discolor, as though strokes of chalk were being randomly applied to a beautiful mural.

They continued along the vacant, glowing streets until, finally, his grandma stopped.

“There,” she said, pointing to a small opening at the base of the hill. It was a dirt path that led straight into the shadowy forest.

By way of response, she marched into the crunchy, obscured wood. Brian could only follow, holding his hands up to deflect cobwebs and branches and whatever other horrors hid among the brambles. The path was steep. The darkness grew as the city lights moaned, whimpered, and then only whispered at their backs. His grandma trudged on. Brian followed her shock of white hair as she led the way up the hill.

“What if we get lost,” he said after a long period of silence that had, somehow, felt normal.

“I’ve been coming here since before I had your Mom.”

It got to be so dark that Brian could no longer see his steamy, billowing breath, but he felt its heat coating his face. A stitch in his side made deep breaths impossible. His grandma seemed to be laboring, too, but to her credit she never slowed.

They rounded a corner and his grandma stopped abruptly. “We’re almost there,” she said. “There’s an opening up ahead. You’ll be able to see from there.”

She didn’t answer, but he thought she smiled, though he couldn’t be sure with the darkness separating them like a fluid wall.

The ground beneath them finally, mercifully leveled off. They were at the top and as the shrieks in his muscles alleviated, Brian felt an ease course through him, like he was gliding through a dream.

His grandma stopped in the middle of a clearing the size of a city block. Without explanation she tilted her head back and looked up. Brian did the same.

Drenching that black canvass of sky were thousands of dazzling white dots. They pierced the darkness like unblinking eyes, like holes on the floor of heaven. He wondered why they didn’t go out when the angels stepped on them.

Looking over he was able to make out his grandma’s face. In the semi-darkness he noticed a youthfulness there that he’d never seen there before. Her pupils drank longingly at that raining white light.

He knew the word, even knew what they were, but he wanted to hear her say it. He’d learned about them in school, yet learning about them hadn’t felt anything like this, like seeing them for the first time.

He wondered if his parents could look through those holes, if they could see him, on the top of the hill, searching for them.

His eyes began to prickle, but he didn’t want his grandma to see him cry, not again.

“Do you believe…?” Brian finally asked her, letting his question trail off.

The rush of tears caught him by surprise, and they streamed hotly down his face against the cool night. The stars became lines of light in the wet, jiggling lenses of his eyes.