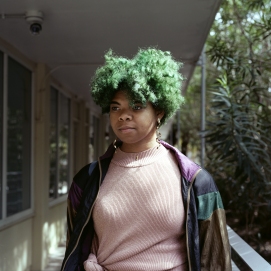 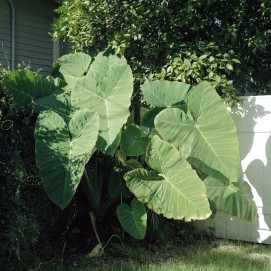 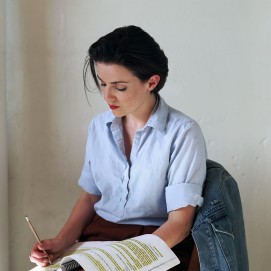 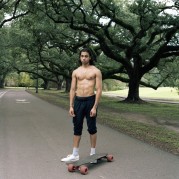 Young Man with his Long Board, Audubon Park, from The Delta, New Orleans 2017 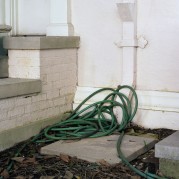 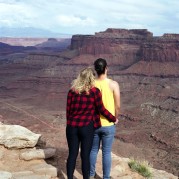 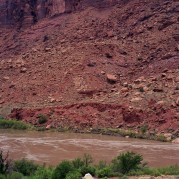 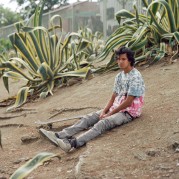 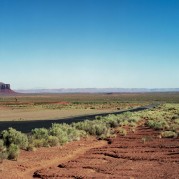 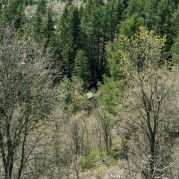 What were your intentions at the beginning of the Great American Vernacular Encyclopedia and what did the project teach you?

My photography project is my own yellow brick road. It gives me the opportunity to confront this vast country made of reality and imagery. It’s a “cathedral” project in 4×5 large format that I started around 2012 and I’d like to continue for a decade or more. My interest comes from an old fascination of the American culture that I have had, more or less, forever. It comes from my mother who was born in Germany during the war and who grew up in the American sector, around Wiesbaden, where she saw President Kennedy giving a speech, and also from my father, who was a huge fan of Western movies and American jazz music that young men of Paris, like him, were listening to at night through the first portable radios. Naturally, we visited New York and California in the late ’70s, and then later, I visited as a teenager and have kept up the habit of crossing the Atlantic often. I had two perceptions of the American culture, first by visiting the country but also, and maybe a bigger part, through its representation. Movies, particularly, were a huge source of information about the historical or political background. I remember having a strong interest watching movies such as Little Big Man or The Deer Hunter or even the television series, Roots. The shift of American photography from the 19th century anonymous photographer to recognizable names such as Joel Sternfeld, Walker Evans, Anselm Adams, Gary Winogrand, William Eggleston,  Robert Adams, Mitch Epstein, Stephen Shore, Philip-Lorca diCorcia… and many others. So about my intentions, it was like I had to see things with my own eyes (but what kind of images were they exactly?) and give my response through a personal itinerary.

You mention doubts in your project description.  How did you manage or overcome some of those doubts?

About doubts, they come from the fear of lacking physical and psychological energy, and of lacking time to accumulate a mass of material that represents a unifying energy over large spans of time and places. This best things to do about these doubts are: make time my best partner, consider the next series coming as a total new start (never use autopilot), save energy on useless waste, and try to be in good shape.

How did you choose the geographic locations showcased in the project? How long do you typically spend in each location? Do you research much before your arrival?

Since I’d like to cover most of the country, I don’t have a specific rule. Still, at home in Paris I have a big map of the country and I put red dots where I have been and I try to eliminate the big gaps with no dots present. I have noticed that I should put red dots in the northern part of Midwest for instance… so I should plan something over there. I am thinking of going from Milwaukee to Mount Rushmore next September. Maybe I will come back to KC on this occasion? Sometimes a location needs many visits to be completed. I have visited LA regularly since 2012 and the work is still in-progress. About the documentation, of course I read continuously about my topic. I have started to acquire a huge collection of books on the subject on my shelves at home. My latest books are about the crisis of the American identity and the History of the French America. I do a lot of research on the internet and use Google maps to give me a general idea where I am going. It gives a secure framework, but then confronted with the reality, I follow my instinct.

What is your travel approach? Do you travel with a photo assistant/companion or do you prefer to work solo? Is automobile your primary mode of transportation?

Except choosing a route, the travel approach is not that important and I prefer to be focused on the approach of the new pictures coming. That wasn’t much the case in the beginning of the project and it took me a while to find a sort of method.  For example, about Utah, I was trying to follow the idea of duality. This idea came from the vision of missionaries going by pair in the streets of Salt Lake City. I thought it could draw a unity along the chapter. It doesn’t have to be too strict or too formal, but it can help. The same with The Delta series in Louisiana. I was thinking to emphasize the green color and to install an analogy between plants and people. I travel alone. It is way harder, but then no guilty feelings when things turn bad. I have to say that in some situations having a companion could be helpful to make the socialization easier. In the beginning of the project, I was doing things by walking which has a lot of advantages, but I can’t do that anymore because my back got weaker, so I drive.

You mostly photograph with a large format camera. How is the process different creating a series with analog equipment? Do you develop your film after departing from a destination or find a darkroom at said location to preview images?

The Great American Vernacular Encyclopedia is produced in 4×5 large format which implies a very specific production philosophy and strategy that would be too long and maybe too technical to explain here.  Besides the weather conditions and the limited amount of film you carry, I would say that your intentions have to be precise or at least oriented in one direction. I’m not working with improvisation. I like to visit a location before a shooting when it’s possible and I always try to gather different iconographic references when I shoot. Previously, I have done sketches that help to clarify the vision. About the lab process, most of the time I go to NYC before going back to Paris and I process my films there. I can fly back starting to think on my pre-editing.

Do you use the same documentary approach in your home country, France? Do you have plans for a similar series in any other location? What are you working on currently?

I don’t shoot any art projects in France. I do commissions for Elle, Vanity Fair, Monocle or Le Monde but it’s really disconnected with what I’m doing via “The Encyclopedia”. I used to shoot a lot in Finland, Sweden, Norway, Denmark and Iceland but as I’ve started to feel a bit more confident with the large format, I have started shooting exclusively in America and anything else went on the side. I’m devoted.
(Interview has been edited from its original text for length and clarity)
See more of Thomas’s photography at www.thomashumery.com